Your tour starts on the scenic roads of the “Moyenne Corniche” offering a splendid view over Villefranche-sur-mer and the peninsula of Sain Jean Cap Ferrat. 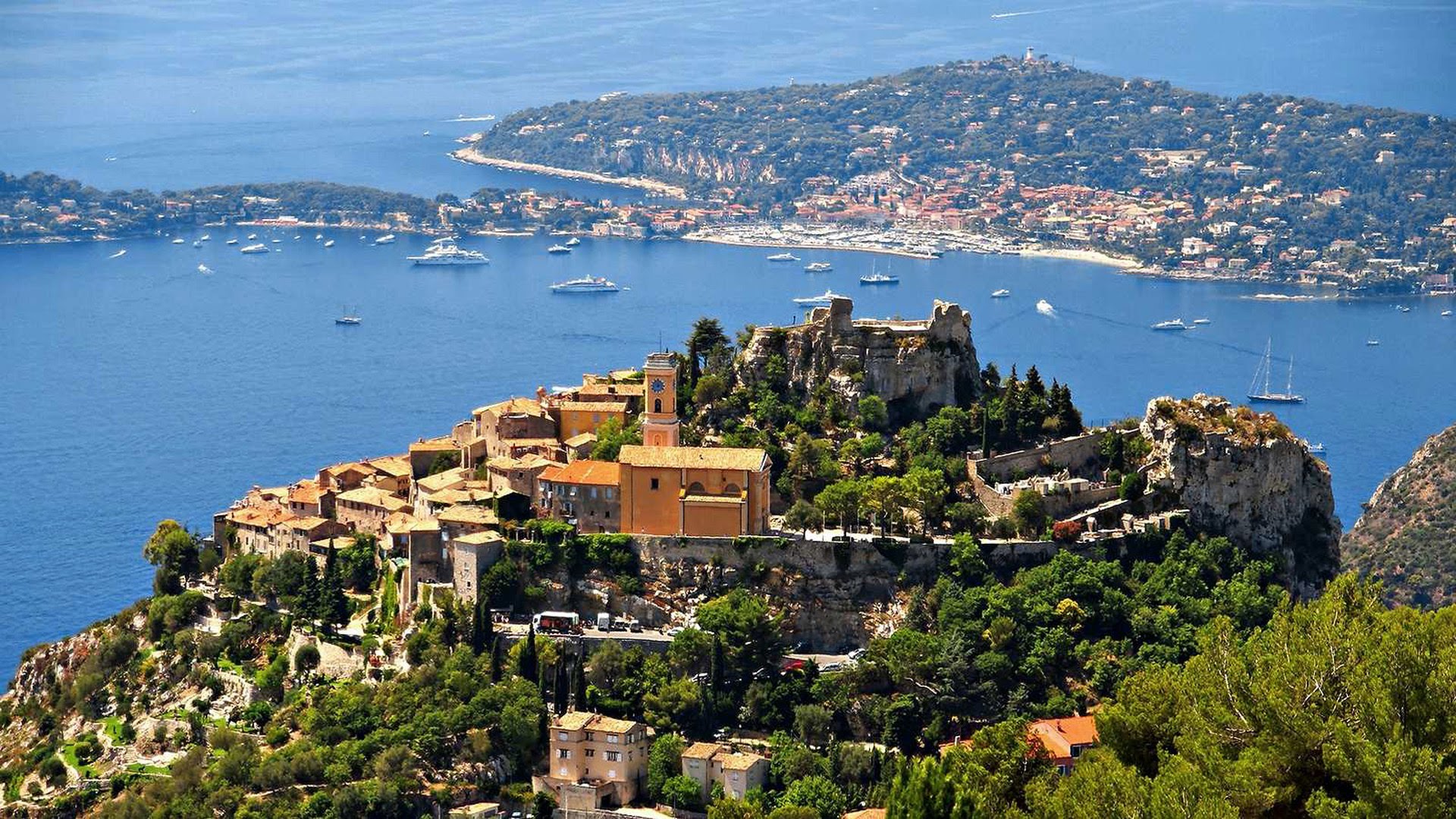 Discover the Medieval village of Eze, one of the most picturesque sites of the French Riviera. Dating back to the Middle Ages, the village was built on top of the rocky outcrop for security reasons, and by 1706, the walls were dismantled by Monarch Louis XIV. Take the cobbled streets and reach the top (427 meters high) where you can find the castle ruins and an exotic garden. Visit the famous Fragonard perfume factory down in the village.

Go through the village of La Turbie, also called the “Monaco Terrace” because of the panoramic view of the Principality of Monaco. Admire the ruins of an impressive monument (50 meters high): the Trophy of the Alps, dedicated to Emperor Augustus, was built in 7 BC on the road that linked Italy to Cimiez (the Roman Quarter Nice).

You will then reach the Principality of Monaco and spend the afternoon in the Old Town on “Le Rocher” (the rock), which overlooks the sea and harbor (60 meters high) with a clear view of the Prince’s Palace and the Changing of the Guard (11:55).

Check out the Carabinieri Barracks, which were built in December of 1817.

During the reign of Prince Charles Ill, the Cathedral of Neo-Roman style was completed on the 12th of November in 1903 and was built entirely out of grey stones from La Turbie. You can pay tribute in Monaco to “Prince and Princess Grace de Monaco.”

In 1930, the Justice Palace, built in solid tufa (a porous grey stone also used to construct the walls) was inaugurated.

Tour Monte-Carlo and walk along the famous Formula One Grand Prix Track. Discover the world famous Casino de Monte-Carlo, which was built in 1863 and later expanded by the famous architect Charles Garnier. Visit the beautiful luxury hotel, The Hôtel de Paris Monte-Carlo, which has its own private wine cellar, one of the largest and oldest in the world.

Transportation in a luxury 8-seater car 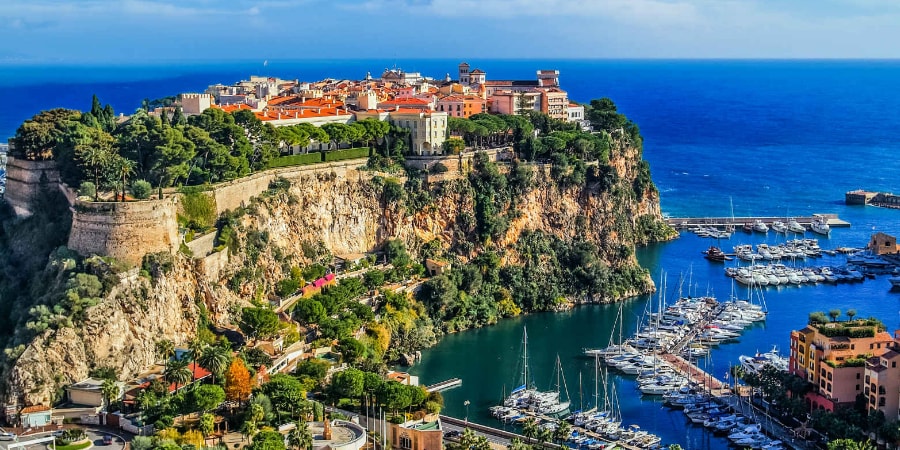 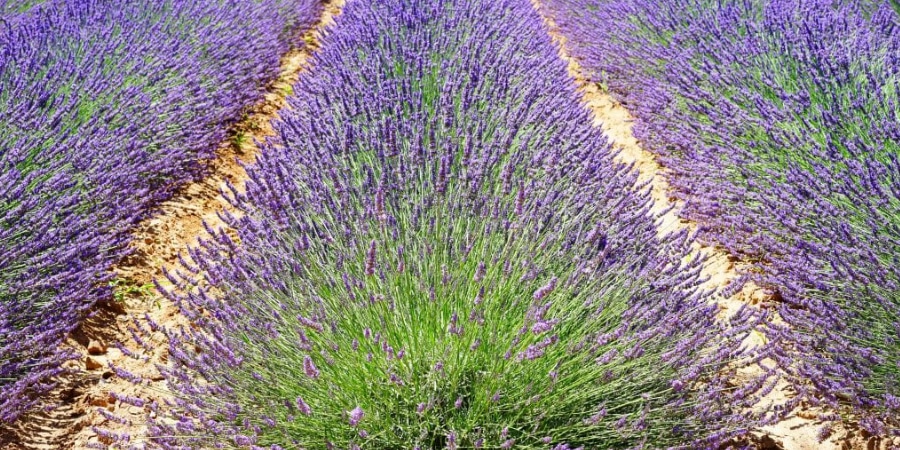